Slave To Your Genes Or Master Of Your Destiny? 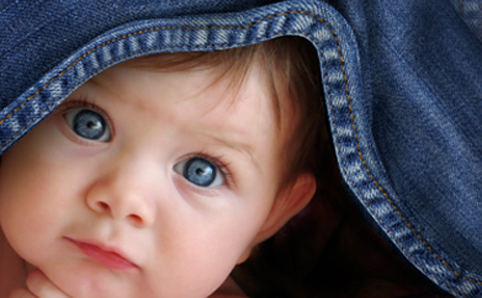 My grandfather always said, “You come from good genes.” Sadly, over the past year he has lost the ability to walk on his own accord and a few months ago he was diagnosed lymphoma. It has not been easy on my family and they have all become afraid because they were told it is genetic.

When Watson and Crick discovered the DNA molecule in 1953 they proclaimed, “We’ve found the secret of life!” It sparked over six decades dedicated to the pursuit of uncovering the genetic cause of disease.

We were told The Human Genome Project would map our DNA and tell us of the grave future that lay ahead. Thankfully, the pharmaceutical industry had plenty of chemical solutions to keep us alive and ticking. The results? Well, let’s just say they’ve fallen quite short of the hundreds of billions invested.

In 2009, 27 prominent geneticists published a paper in the journal Nature acknowledging they had discovered no more than a fractional genetic basis for disease. It’s not that genes don’t matter; it’s that they don’t predetermine your life. Only a small percentage of disease is “purely” genetic. Bruce Lipton, a former Stanford cell biologist and author of The Biology of Belief, suggests less than 5% of our known diseases are genetic.

Genes play a role in all body function, as they are the blueprint for creating proteins, the basic building blocks for hormones and other important molecules. It is estimated one gene makes up to 30,000 different proteins. This means, for the vast majority, having a certain gene does not necessarily default them to having a particular disease condition.

How those genes are expressed are a result of our lifestyle choices and stressors. It is our environment that is the primary determinate in the way our genes are expressed. How we live, eat, move, think, the quality of our neurological function and the toxicity of the world around us form the basis of our quality and quantity of life.

It’s why twins with identical genetics can have different health levels, so much so that one can develop disease once thought purely genetic and the other live well and vital. As Dr. James Chestnut says: “You are the genetic expression of your lifestyle choices.” New research in the field of Epigenetics shows that even our grandparents’ food choices may affect not just the health of their children but that of their grandchildren! Amazing.

What can be controlled is your choices.

The limiting factors for healing and attaining optimal health are time and how much damage has been done with genes turned on in an unhealthy way. And only time will tell what the body is truly capable of.

This is the foundation of Life By Design. Identify what the body needs and then create a lifestyle around fulfilling all those requirements for a period of time, preferably a lifetime.

Let us know how we can help you!

We use cookies on our website to give you the most relevant experience by remembering your preferences and repeat visits. By clicking “Accept”, you consent to the use of all the cookies.
Cookie SettingsAccept
Manage Consent

This website uses cookies to improve your experience while you navigate through the website. Out of these, the cookies that are categorized as necessary are stored on your browser, as they are essential for the working of basic functionalities of the website. We also use third-party cookies that help us analyze and understand how you use this website. These cookies will be stored in your browser only with your consent. You also have the option to opt-out of these cookies. However, opting out of some of these cookies may affect your browsing experience.
Necessary Always Enabled
Necessary cookies are absolutely essential for the website to function properly. These cookies ensure basic functionalities and security features of the website, anonymously.
Functional
Functional cookies help to perform certain functionalities like sharing the content of the website on social media platforms, collect feedbacks, and other third-party features.
Performance
Performance cookies are used to understand and analyze the key performance indexes of the website which helps in delivering a better user experience for the visitors.
Analytics
Analytical cookies are used to understand how visitors interact with the website. These cookies help provide information on metrics the number of visitors, bounce rate, traffic source, etc.
Advertisement
Advertisement cookies are used to provide visitors with relevant ads and marketing campaigns. These cookies track visitors across websites and collect information to provide customized ads.
Others
Other uncategorized cookies are those that are being analyzed and have not been classified into a category as yet.
SAVE & ACCEPT
Contents © Elmira Family Chiropractic
Created by Gecko Websites
Scroll to Top